Daisy is nine months old – where does the time go?

Daisy is nine months old! Another month has passed by and I can hardly believe it. Christmas is almost here now and we are super excited. I’ve already stopped working for the month and this post was scheduled a few days ago. Christmas is going to be fantastic this year, hopefully. Just to be able to have time together, as my husband has some days off work, is lovely. I love this monthly recap of what Daisy has been up to!

Once again we haven’t got around to getting Daisy weighed. Our usual weigh in clinic is on at the same time that we have our Water Babies swimming lessons. There is another clinic on a Friday and I’m hoping to pop along this week – if it is running! I have a feeling Daisy may have dropped down the centiles a little. She is really active at the moment and is suffering a little food aversion because of her allergies.

We’ve had some bad reflux episodes the past month. I’ve been covered in sick by Daisy a few times now – almost always projectile vomit! I’ve had to change our bedding at least 4 or 5 times in just the last fortnight alone. Also, Daisy has had a few instances of projectile vomiting on herself and her pram while out in public. Seeing the reaction of other people, rushing to help, makes me realise that Daisy does an abnormal amount of vomit! Also, my poor Mum was crying because she thought Daisy was dying or something awful! I’m not sure how she has gone 9 months without seeing just how bad the projectile vomit is – but at least she knows I’m not exaggerating now!

Daisy has been a little minx for the last week or two. Firstly Daisy hasn’t been going to bed at 6-7pm like normal. Instead she has been going to bed about 9pm! Also, she has been waking earlier than ever and then wanting a 2-3 hour long nap mid-morning. I’m going back to our tried and tested bedtime routine to help her get back on track – hopefully. I think that the bulk of the problems are caused by teething, as Daisy finally has her first two teeth coming through! The bottom teeth are coming through together and Daisy is biting everything more than ever.

Daisy is nine months old – this is what she has been loving this month!

Daisy’s favourite toys this month have been:

Bananas! Daisy seems to really dislike them. Before I thought that it was just a texture issue. However, after persevering this past month Daisy has made herself sick eating one. She will hold it, and chew it, but she seems to HATE the flavour! She gets a cold chill and goes brrrr!

At nine months old the newest milestones are:

Standing in the bath by herself – without help!

Bottom two teeth coming through – it seems like a few more are coming!

Kneeling in her cot to get our attention

Feeding herself from a full pouch of food (without spilling it everywhere!)

Selectively waving goodbye (ignores my Mum, waves to her friend!)

Hand to eye coordination / looking for items after they have fallen

Knows her own name well

Pulling off her own socks (and squealing with delight!)

This is what we have been up to in the past month:

Daisy went to see Santa with Grandma. It is the same Santa it has been for years now! I even have a photo with him from when I was a young teen! Can’t believe my girl got to see him! Before anyone says it I don’t care it is November. I’ve had a shit year and want to enjoy Christmas for as long as possible. ?

Tom and I saw this same Santa when we were growing up – can’t believe he is still around!

Daisy has been enjoying these Piccolo 100% vegetable pouches. These are perfect for days when I am low on time or not feeling 100%. Daisy can feed herself while I get a few chores done – perfect! #trieditfree

Daisy loves to feed herself now and has even stopped squeezing half the food all over herself!

Daisy last night enjoying her homemade spaghetti bolognese. We are loving baby led weaning – so convenient really. Daisy is still unwell, as am I, so a day of trying to rest for us. Can’t wait for my husband to wake from his night shift!

Daisy is still asleep! In the meantime how cute is this Christmas jumper?! We are off to town today for shopping and lunch – I can hardly wait! Just got some admin and chores to do before we go.

Daisy rocking her first ever Christmas jumper – mine is matching!

I’ve been ill for the past day. REALLY ill. So ill I haven’t even done any work or been on social media for more than a couple of minutes. My lovely mum took Daisy today and she found dairy and soya free chocolate yoghurts! Daisy had a couple of spoonfuls and got most of it on her face. I Facetimed her so I could see her while I was awake and she was having great fun! Unfortunately we’ve both had a bad sickness bug the last few days and Daisy projectile vomited all over the supermarket while out with grandma. Her pram had to be dismantled, again, to wash everything. It hasn’t been a great few days for us! Here’s hoping I can eat some dinner and tomorrow is a better day! Hope you’ve had a better weekend than me – what have you all been up to?

Daisy had her first taste of chocolate yoghurt – yum!

How beautiful is this! Our little girl absolutely loves her Water Babies lessons. She sings, laughs and even claps when she is in the water now. We are thoroughly enjoying our lessons every week and the underwater photoshoot was just incredible. So glad we have all the images from our shoot too. As you can see Daisy really enjoys being underwater!

Santa is all ready. You can drop your presents off for Daisy to deliver on the big day ? #Christmas

Daisy went out dressed as Santa – people loved it!

Daisy was so happy to video call with Santa! She said she’d been naughty and nice and she asked for an In The Night Garden train. Fingers crossed for Daisy!

Little ones sleep in the weirdest positions sometimes don’t they! Daisy gets it from her Daddy who shuffles around the bed most of the night taking all the quilt ?

How strange do babies sleep?! Mad!

We have had a pretty good month really because most of all we’ve had time together. The Christmas excitement has well and truly arrived in our household. We have our decorations up, the presents are ready and I can’t wait to see Daisy on Christmas day! I’m really excited to have a few days off with my family and hopefully as much as 10 days! 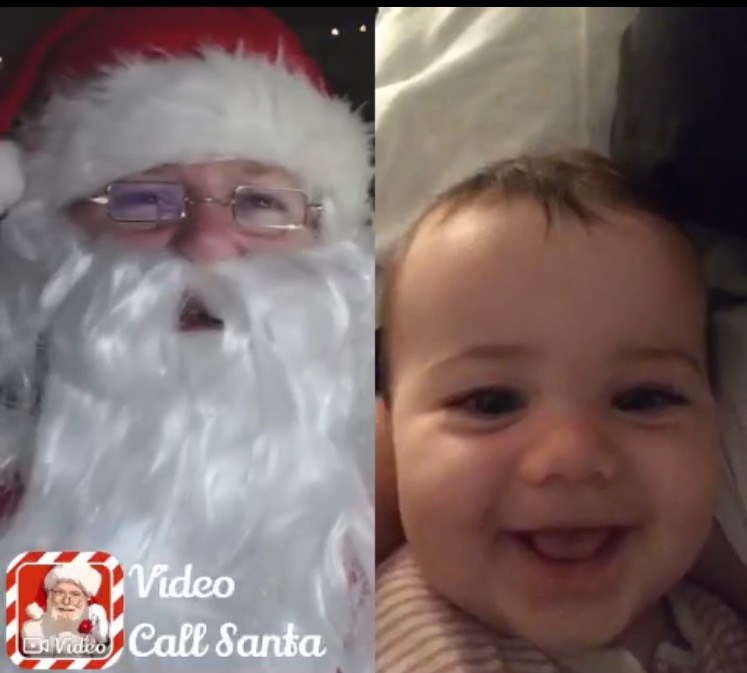 You can read previous posts here:

Our daughter has arrived!

The next post is now live: Daisy is ten months old

Thank you - she really does!

Thank you Pauline! Your daughter's wedding will soon be here - the planning always flies by! Merry Christmas to you too! 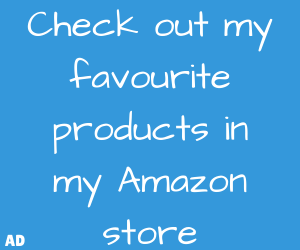